Thank Earth's magnetic field for water that gives you life 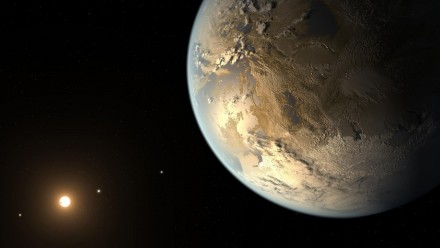 A study by scientists at ANU on the magnetic fields of planets has found that most planets discovered in other solar systems are unlikely to be as hospitable to life as Earth.

Plants and animals would not survive without water on Earth. The sheer strength of Earth's magnetic field helps to maintain liquid water on our blue planet's surface, thereby making it possible for life to thrive.

Scientists from the ANU Research School of Astronomy and Astrophysics modelled the magnetic fields of exoplanets - planets beyond our solar system - and found very few have a magnetic field as strong as Earth.

They contend that techniques for finding exoplanets the size of Earth are more likely to find slowly rotating planets locked to their host star in the same way the Moon is locked to Earth, with the same side always facing their host star.

"Magnetic fields appear to play an essential role in making planets habitable, so I wanted to find out how Earth's magnetic field compared to those of other potentially habitable planets," she said.

Ms McIntyre said Earth's strong magnetic field had probably played an important role in protecting the atmosphere from the solar wind and keeping the planet wet and habitable.

"Venus and Mars have negligible magnetic fields and do not support life, while Earth's magnetic field is relatively strong and does," she said.

"We find most detected exoplanets have very weak magnetic fields, so this is an important factor when searching for potentially habitable planets."

Associate Professor Charley Lineweaver, a co-author, said scientists had detected hundreds of rocky exoplanets during the past decade.

"Do any of these planets have water on their surfaces? Do they harbor life?" Associate Professor Lineweaver said.

"To help answer these questions, we decided to model their magnetic fields. Strong magnetic fields could protect and preserve a wet surface in a way that weak fields cannot."

Co-researcher Associate Professor Michael Ireland said finding planets with strong magnetic fields was critical to the search for life elsewhere in the Universe.

"Finding and characterising planets most likely to be wet and temperate will require ambitious yet feasible space missions," he said.

The study is published online in the journal Monthly Notices of the Royal Astronomical Society: https://doi.org/10.1093/mnras/stz667 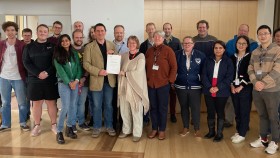