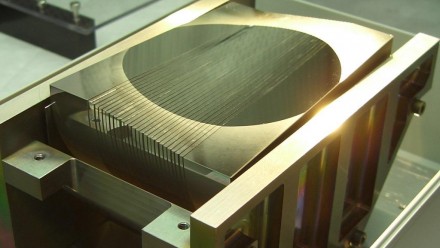 WiFeS is an integral-field, or imaging, spectrograph, meaning that it records a spectrum from each pixel of the region that is imaged.  WiFeS was designed and built at RSAA and installed at the 2.3m telescope in May 2009. The design draws upon the heritage of both the RSAA's Dual-Beam Spectrograph (DBS), and the concentric image-slicer concept of the Near-infrared Integral-Field Spectrograph (NIFS) that was developed by RSAA for the Gemini Observatory.

WiFeS is designed to deliver as many simultaneous spectra as possible over  a continuous region of the sky, each covering as wide a spectral range as possible. It operates across the full optical wavelength range. Two  separate cameras are used to record the spectra, each optimised for a particular part of this wavelength range. More information about spectroscopy and how WiFeS works can be found in the article WiFeS and the fine art of spectroscopy.

WiFeS is being used for a wide range of scientific applications, including:

WiFeS is a double-beam, image-slicing, integral-field spectrograph that records optical spectra over a contiguous 25 arcsec x 38 arcsec field of view. This spatial field is divided into twenty-five 1 arcsec wide “slitlets” with 0.5 arcsec sampling along the 38 arcsec lengths.

Both of the cameras for the blue and red channels are equipped with a 4k x 4k pixel CCD detector. The spectral range of the instrument extends from 330 to 920nm. This range can be observed in a single exposure of each of the red and blue cameras using the low-resolution grating configuration  (R=3000) and in two exposures using the set of four high-resolution gratings (R=7000).

For more information about the specifications and use of the WiFeS instrument, please download the documents displayed on the right hand side of the page and you might also find useful the following site:

See the publication Dopita et al. (2009) for detailed information about the performance of the instrument.

The measured final throughput of the instrument (and telescope) are plotted below for each grating (other than U7000). 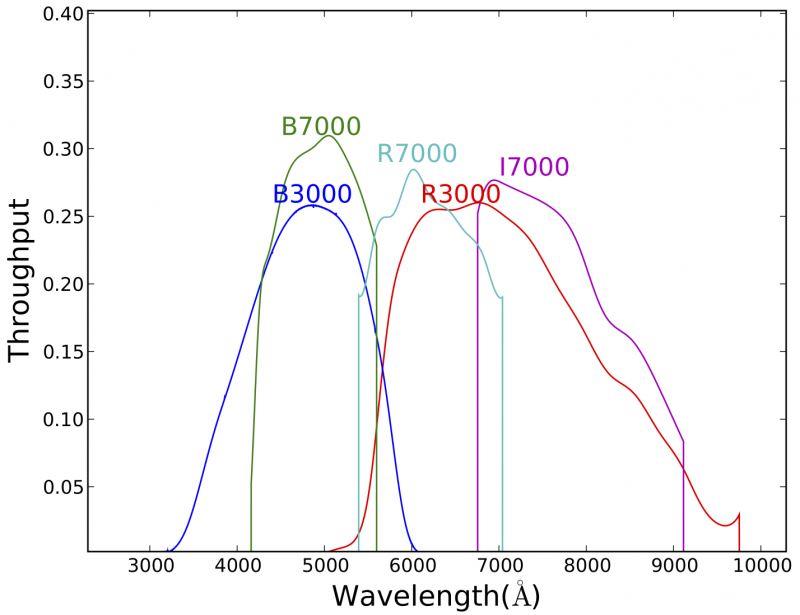