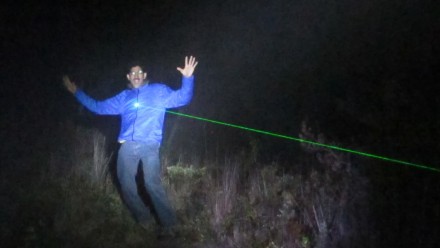 What are you doing?

"Palaeoecophylostoichiometrics" - which in relatively plain English translates to: the study the elemental composition (stoichiometry) of the oldest (paleo) life forms across the tree of life (phylogenetic tree) and their environments (ecology). Put simply, I'd like to know what life forms are made of and if that has anything to do with what its environment is made of. Our research could help us better understand where and how life got started on Earth and what life elsewhere in the universe might look like. I am interested in almost anything that has relevance to astrobiology, planetary science and the origin of life.

How did you get here?

It all started about 13.7 billion years ago… Soon after the Big Bang, as the universe cooled, the first stars and galaxies formed. Cut the long story short – about 4.567 billion years ago, our Sun was formed and the left over debris from that process created a tiny little rock that grew a bigger over the next few million years. It became blueish when couple of other wet rocks hit it and resembled what some animals like to call ‘Planet Earth’. Soon after the rocks stopped falling out of the sky, the earliest life forms appeared. Fast forward 4 billion years, and in the early hours one morning, the clouds parted and the ‘miracle’ occurred and I was born. Spending many hours of my childhood in a lab (and no, I wasn’t not the test subject) I always knew I wanted to be a scientist. I pretty much scammed my way through school for most subjects but science subjects were different. I enjoyed them and only them. Then one fine day, while working towards a B.Science at the University of Western Australia, I came across an advert for the ANU Summer Scholarship. It read “Exceptional 2nd year students may apply for a 3 month research scholarship at the Australian...”. The word ‘exceptional’ meant I wasn’t eligible but I applied anyway and to my surprise, I got accepted to visit Mount Stromlo that year! During my three months at Stromlo, I fell in love with the research at the institute and decided I wanted to be surrounded by the some of the most amazing people in astronomy. So I decided to pursue an Honours degree with my supervisor Charley Lineweaver and subsequently went on to do a PhD on a project that I naively thought would only take a few days to complete!

The beautiful and awe inspiring pictures...

Why ANU and Mt Stromlo?

The education and research environment offered makes it easy to become a good scientist who can conduct independent research, communicate the science and share the passion with the world. Plus, the University's strength in astronomy, the earth sciences and biology makes it an ideal place to conduct astrobiology research. Being mentored by some of the most amazing minds can be little daunting at first but very soon it becomes a very rewarding lifestyle.

Great place to run the country and to study - you see, there are few distractions ;-)

Where will you end up?

The same place you will end up – into the space-time foam of the universe. If and when I finish my PhD, I hope to continue in science and contribute in some way to the sum of human knowledge. Post-doctoral research and academia somewhere on this planet are probably on the cards. In the not so distant future, I shall stop increasing the entropy of the universe and then over a trillion trillion trillion years, as the universe reaches a state of heat-death, all of us will be spread homogeneously and we will be indistinguishable from the space-time foam of the universe.

Any advice for someone just starting study in astronomy?

Don't worry, the universe is under no obligation to make sense and if it is does, you've probably got it all wrong!

How can I find out out more about your research? 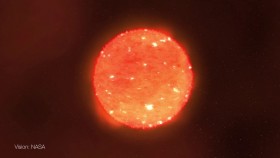