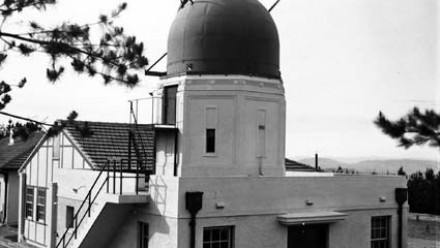 The 6-inch Farnham telescope was built in 1886 and donated to the Commonwealth by the estate of Lord Farnham in 1907. It was installed in 1928 in the original Commonwealth Solar Observatory building.

The astronomers had planned to use the telescope with a stellar photometer unit to examine the change in brightness of planets, and gather evidence for the change in radiation emitted by the Sun. However, the telescope was too small for this job and the project ceased in 1930. The Farnham resumed service in 1948 in observations of stars with fluctuating brightness, and was later used as a guide telescope for an 8-inch Schmidt camera.

The Farnham was the only telescope to survive the January 2003 firestorm intact, and was then used as a public outreach telescope.