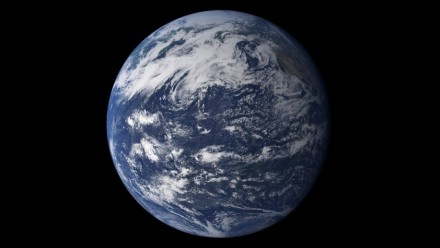 The Australian National University (ANU) is poised to play a key role to support a new national space agency and to help drive education, research and industry collaborations as Australia grow its space industries.

ANU Vice-Chancellor Professor Brian Schmidt said the University is home to key national space resources and has vast capacity and capability to support a new space agency with broad expertise from science through to law and policy.

"The investment in a new national space agency is an exciting development in Australia's space story and as the nation's university we look forward to playing a leading role in its establishment," Professor Schmidt said.

"We have long supported efforts to bring a national focus to space and have worked alongside our industry and business partners for many years to advance the nation's space capabilities.

"ANU is home to important national facilities including the space test facility at Mount Stromlo and the Siding Spring Observatory in NSW and has built collaborative international partnerships with agencies including NASA and the European Space Agency.

"We look forward to bringing our extensive cross-disciplinary capability to support the agency and its initiatives and its activities."

"As a member of the Expert Rerefence Group, I'm very happy to see this level of investment to start Australia's space agency. This reported investment is sufficient to appropriately grow the agency, establish international partners, and to provide seed funding for current and new business focussing on space activities here in Australia.

"Australia has a lot to offer in the space area through existing capabilities and geography. Through establishment of this agency Australia can reap the reward possible via the $400 billion a year global space market.

"ANU has established capabilities in space and has been working in this arena for many years. ANU hosts the national space test facility at Mount Stromlo. ANU groups are participating in the NASA missions including the GRACE Follow-on, joint missions with JAXA, and the LIGO research into gravitational waves. ANU is ready to work alongside the Australian space agency in the years to come".

"Government funding for an Australian space agency is good news for the country and for the national space industry. It is a positive first step towards developing a capacity that Australia will certainly need in the 21st century.

"The ANU looks forward to the opportunity of working with the new space agency in providing research and policy advice. Mount Stromlo offers key facilities for Australian companies and universities that are looking to develop space capabilities.

"The ANU is also training young Australians in the skills the country will need if we are to succeed in exploiting the last open frontier. We warmly welcome this important and exciting development."

"A Space Agency is more than just building big missions to far away places, it is solving real world problems in our every-day lives.  This investment from the Australian government is a commitment to Australia's future.

"I am excited to see what the future of the Australian Space Agency holds and what it holds for Australia.  Here at ANU, we are planning big things and looking forward to being a national resource for Australia on Earth and in Space."

"For the past 20 years ANU has been developing key satellite technologies and advanced testing infrastructure in collaboration with industry (Airbus Europe, Lockheed Martin in the US), space agencies (ESA and NASA) and many universities worldwide. We are ready to further develop these within an Australian Space Agency."

"Despite having technology and talent that is on par with the best in the world, it can be an enormous challenge for Australians to partner in international space missions.

"The announcement of an Australian Space Agency goes a long way to removing these barriers and will unlock the potential of a generation of scientists and engineers."

"The Australian Space Agency is an important investment in Australia's future. It will provide opportunity, impetus and focus for experts across Australia in academia, government and industry to develop Australian research, innovation and industry in space technologies.

ANU has established strengths in space research and development, which reaches across sciences, law, business, ethics and policy. The University is committed to fulfil its role as a national resource for the space industry.

ANU is home to the Advanced Instrumental Technology Centre (AITC) at Mount Stromlo, which is a national resource used to test satellites and instruments to make sure they can withstand extreme temperatures and conditions in space.

ANU is also home to the Mount Stromlo Observatory and the world-leading ANU Research School of Astronomy and Astrophysics (RSAA), where Professor Schmidt conducted his Nobel-Prize winning research into the expanding Universe.

ANU Professor Christine Charles has led long-running research into plasma propulsion for space craft, while ANU physicists and engineers are contributing to the laser range-finding instruments for a space mission led by NASA and the German Space Agency DLR.

ANU is also home to a $20 million Cooperative Research Centre which is tracking and cleaning up hundreds of thousands of pieces of space debris which orbit Earth and pose serious risks of collision with satellites, space stations and other space craft. Project partners include EOS Space System, Lockheed Martin, NASA Ames Research Centre, Japan's National Institute of Information and Communications, Optus and RMIT.

ANU is also partner in the Giant Magellan Telescope project and has collaboration agreements with the European Southern Observatory, as well as close associations with leading research institutions and space agencies around the world. 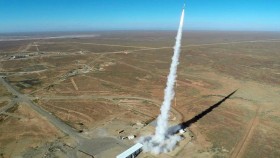 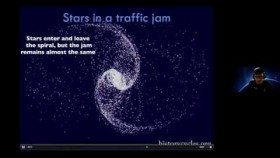 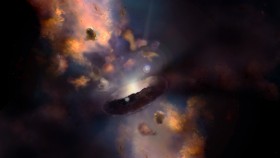 Hungry black hole among the most massive in the Universe »