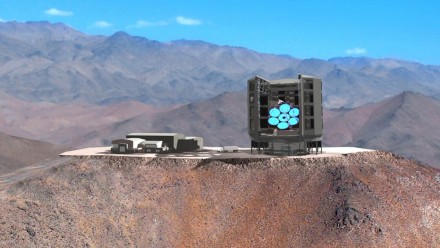 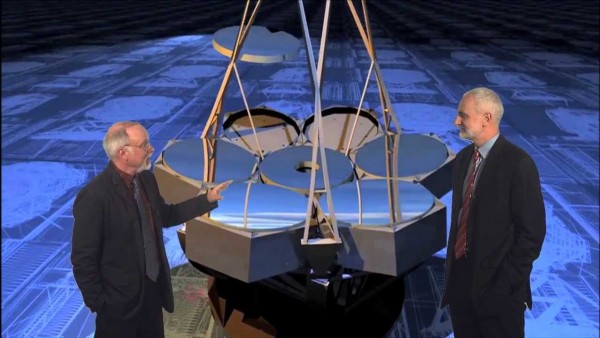 Australian astronomers, engineers, and technologists are part of an international partnership to design and build the world’s most powerful telescope: the Giant Magellan Telescope (GMT).

With a primary mirror the equivalent of 24.5 metres in diameter, the GMT will produce astronomical images up to 30 times sharper than existing ground-based telescopes. Using techniques currently being prototyped, this giant eye on the sky will become the platform for unprecedented discovery and insight into the evolution of the universe, galaxies, and planetary systems other than our own.

A suite of specially-designed instruments will be needed to analyse and record the light that is collected by the GMT. Such a giant telescope requires similarly large-scale instruments, and this presents new challenges to instrument designers and builders. The next-generation of optical telescopes such as the GMT demand a new class of astronomical instrumentation and facilities in which they can be constructed, and the ANU Research School of Astronomy and Astrophysics (RSAA) is well-equipped to meet these challenges.

As a result, one of the instruments planned for the GMT, the GMT Integral-Field Spectrograph (GMTIFS), is being designed and built by researchers and engineers at RSAA. GMTIFS is an integral-field spectrograph (IFS), which means that it will record spectra from each point across the field of view simultaneously. The instrument is designed to operate in the near-infrared and take full advantage of the light-collecting power and high resolution of the telescope.

One of the features that will make the GMT such a powerful observing tool will be its advanced adaptive optics (AO) system. This is the technology that removes the distortions caused by the turbulence of the Earth's atmosphere (the same effect that causes the stars to twinkle). This effect of the atmosphere limits the resolution that can be achieved by ground-based telescopes without AO, so the system will be the key to enabling the GMT to make very detailed images of the cosmos. Adaptive optics systems utilise deformable mirrors whose shapes are continually altered to cancel out the atmospheric distortion, systems of optics and lasers that allow the shape of the distortions to be accurately measured, and complex control systems that coordinate these elements. ANU instrument scientists and engineers are also working on the design of the AO solutions for the GMT, and collaborating with the technology company Electro Optic Systems (EOS) to develop the cutting-edge AO technologies that will be required.

On the 3 June 2015, the Giant Magellan Telescope (GMT) Organisation announced that the GMT was beginning construction. To celebrate this milestone, the ANU hosted an evening exploring Australia's involvement in this exciting international science endeavor.

Prof Tinney is one of two Australian representatives on the GMTO Science Advisory Committee and Leader of the Exoplanetary Science at UNSW group. He presented an overview of the GMT and why it is important for Australian scientists.

Dr Lawrence is the Head of Instrument Science at the AAO and MANIFEST Project Leader. He discussed MANIFEST, a Fibre Positioner that will be used in conjunction with all of the natural seeing spectrographs on the GMT.

Dr Sharp is the Lead Scientist on the Giant Magellan Telescope Integral Field Spectrograph (GMTIFS). He discussed why spectroscopy was so important for astronomy and what science will be possible using GMTIFS.

Roger is the GMT Technical Program Manager at the ANU. He presented the Advanced Instrumentation and Technology Centre, a facility with all the specialist equipment needed to support the design, integration and test of the GMTIFS instrument, as well as the test and evaluation of space instruments and satellites.