The 1-D L&W tests consist of single Riemann problems with known solutions, and an interacting two shock test with no analytical solution, but which may be used to compare low- and high-resolution results.

NOTE: The final time for the Blast problem was omitted by L&W, but has been determined from previous published results and is presented here.

The code and configuration files plus output for Fyris to run the 1D Riemann problems will be available soon.

These are specified as follows:

The Fyris Alpha L1 norms for the tests 1-6, Noh, Peak, and Blast are shown below in a table that includes the results from Liska and Wendroff. Each is the L1 norm as a percentage for density, except Test 2 which is internal energy, and Peak which is the velocity L1 norm. Blast is given as the L1 density norm percentage w.r.t. the 2000 cell solution Blast density, rebinned by a factor of 5. To compute the other L1 norms, the exact solution was evaluated in 5 locations across each cell and averaged, allowing for solutions to have boundaries part way through cells, and remaining consistent with the rebinning used for the Blast L1 norm.

The results are similar to PPM and VH1, which use related algorithms, although Fyris does significantly better with the strong shock Noh problem. This is reflected in the 2D tests where Fyris also performs the difficult 2D version of the Noh problem very well, using standard settings, and with sufficient stability to derive an L1 norm for density and pressure for the 2D case. The smallest error code for each test is shown in red. 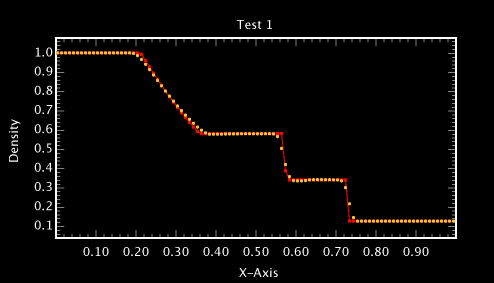 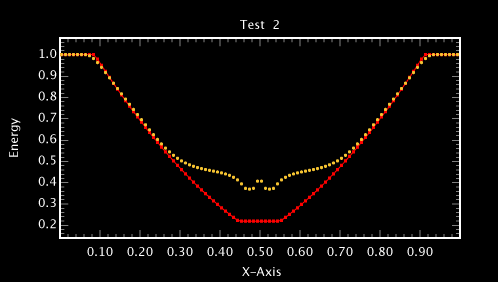 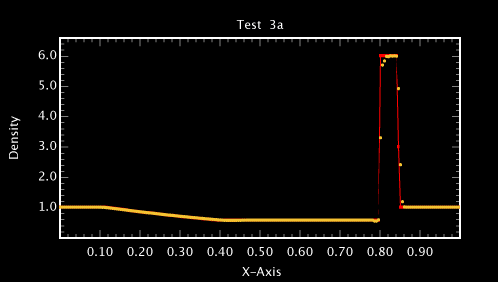 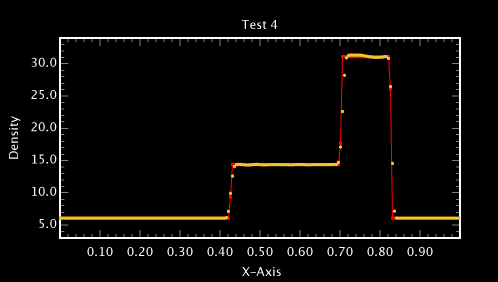 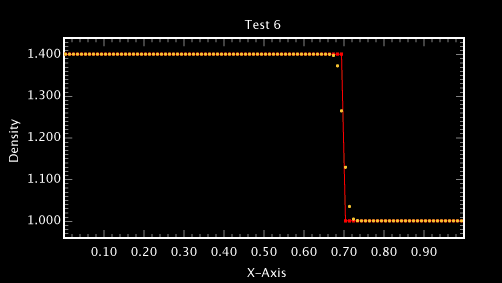 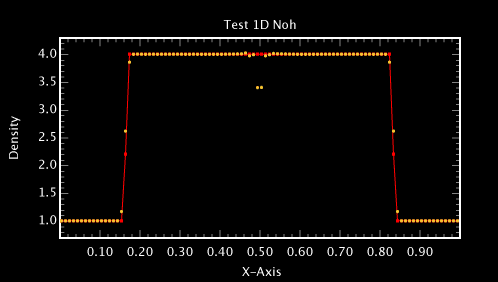 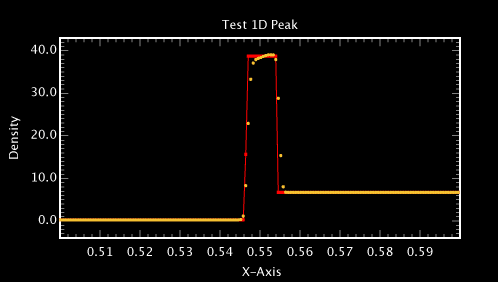