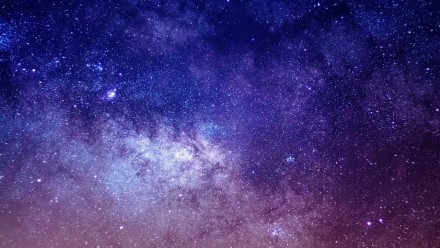 This event is part of the 50th anniversary celebration of Apollo 11's landing on the moon. You can find more details about Moon Week at ANU this July here.

Mount Stromlo Observatory in conjunction with the Canberra Astronomical Society invite the Canberra community to attend our public observing nights of 2019. Come and see the rings of Saturn, the craters of the moon, and beautiful star clusters and nebulae. On the night attendees will be taken on a ‘tour of the universe’ with talks by NASA scientists and observations on several telescopes.

There will be special activities from 6:30pm onwards (see below).

In the event of cloudy/bad weather, stargazing will be cancelled (the talks will occur regardless of the weather). You can check out the weather at Mt Stromlo using our all sky camera. We will also post status updates on our Facebook page.

Parents and Guardians – Bring the kids! Join visual artist John Reid and dramaturg Zsuzsi Soboslay (BodyEcology), in a one-minute 1,800 km contemplative journey through our Solar neighbourhood riding on planet Earth with the Moon in tow.

Assemble at the Walking on the Moon Sculpture at 6:30pm. Come along ready to draw on your imagination. Bring a flashlight to illuminate your presence.

John Reid will explain how we will all Walk the Solar System together and Zsuzsi Soboslay will help everyone limber up their body for the journey.

The event will be photographed by Rob Little (Rob Little Digital Imaging) to produce a fine art exhibition print.

Dr Everett Gibson is an Emeritus Senior Space Scientist who retired from NASA after 45 years. He worked in the Lunar Receiving Laboratory for the Apollo missions and was a Lunar Sample Principle Investigator for 20 years studying the nature of volatiles in lunar and extraterrestrial samples.  He has published more than 200 peer reviewed papers and the International Astronomical Union-named Asteroid 14593 was named "Everett" in his honour.

Elizabeth Landau is an award-winning science writer, editor and multimedia producer. In her "senior storyteller" role at NASA JPL, she works on NASA websites and multimedia content. She is a former CNN reporter, and has also written for Scientific American, Smithsonian, New Scientist, and the Wall Street Journal, among others.

Dr Abigail Fraeman is a planetary scientist at NASA's Jet Propulsion Laboratory in Pasadena, California. Her research focuses on using orbital and rover data to understand the history of Mars and other rocky bodies in our Solar System. Dr Fraeman is a participating scientist on the Mars Science Laboratory Curiosity mission, and was the deputy project scientist for the Mars Exploration Rovers Spirit and Opportunity.

Presented in partnership with ACT Government.