The Mount Stromlo Observatory (MSO) is one of the oldest institutions in the Australian Capital Territory.

Between 2008 and 2012, a series on the rich early history of Australia's national capital was produced by ABC TV's /Stateline/7.30ACT/ program. 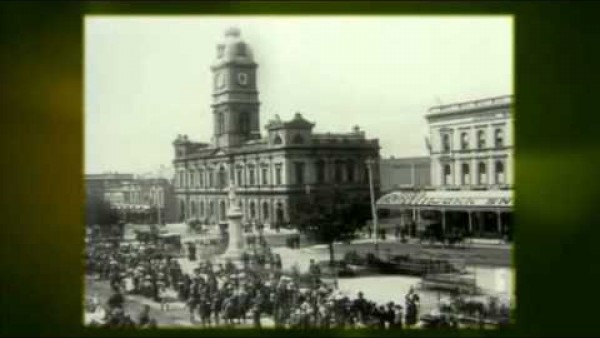 The Mount Stromlo Observatory (MSO) is one of the oldest institutions in the Australian Capital Territory. It was established (as the Commonwealth Solar Observatory) in 1924, although astronomical observations had been carried out on the mountain as early as the previous decade (the Oddie telescope was located on Mount Stromlo in 1911 - the dome built to house it was the first federal building in the newly established Australian Capital Territory). Its original interests lay in solar and atmospheric physics. During the Second World War, the observatory served as an optical munitions establishment and, after the war, it developed new research directions in stellar and galactic astronomy (with a change of name to The Commonwealth Observatory).

After the establishment of The Australian National University (ANU), joint staff appointments were made and graduate studies undertaken; the first PhD degree, and first DSc degree awarded by the University (other than honorary degrees) were in astronomy. A formal amalgamation took place in 1957, when MSO left the Commonwealth Department of the Interior and joined ANU.

In the 1960s, there was another change of name with the establishment of our second observatory at Siding Spring, in the Warrumbungle Mountains, to provide a permanent dark site in response to the adverse sky-brightness effects of Canberra's growth. We became "Mount Stromlo and Siding Spring Observatories". Together, Mount Stromlo and Siding Spring Observatories form one of the leading optical astronomical observatories in the world. Their main areas of research interest are in stellar and galactic astrophysics - in particular, the structure and evolution of planets, stars and galaxies, the origin and development of the Universe as a whole, and the physics of the tenuous material between the stars.

The greatest period of telescope acquisition on Mount Stromlo was in the mid-1950s, when no fewer than four major instruments came to the mountain. Since the 1960s, all new telescopes have been located at Siding Spring. When the 2.3m reflector was completed in 1984 it was amongst the most technologically advanced telescopes in the world.

In the 1990s, through the Gemini partnership, Australian astronomers gained access to the 10-metre class telescopes being built around the world. This access has helped to keep RSAA astronomers at the forefront of astronomical research. RSAA has successfully bid for Gemini instrument contracts to construct two instruments for the Gemini telescopes - the Near-infrared Integral-Field Spectrograph (NIFS) and the Gemini South Adaptive Optics Imager (GSAOI).

The firestorm of 18 January 2003 destroyed all the telescopes, the library, and workshops on Mount Stromlo.

The years following the fires of 2003 have been a remarkable period of redevelopment and growth for the research school. The workshops lost in the fires have been replaced by the Advanced Instrumentation Technology Centre (AITC), a world-class facility for developing astronomical instrumentation. It was constructed in two phases, the first opening in 2006. The second phase, AITC-2, was completed in 2011 and brings to the observatory new capabilities for building and testing small satellites and space payloads.

The new SkyMapper telescope at SSO replaces some of our lost telescope capabilities and saw first light in 2008. This remotely-operated survey telescope will conduct the first all-sky survey of the southern sky over a 5-year period. Plans are also underway to renovate and upgrade the 2.3m Telescope, which continues to be a very productive research and teaching facility. A new integral-field spectrograph (the Wide-Field Spectrograph, or WiFeS) was commissioned at the telescope in 2009, and the RSAA's second Gemini instrument, the Gemini South Adaptive Optics Imager (GSAOI), is now in operation in Chile.

The RSAA has a total staff of approximately 90, most of whom work at Mount Stromlo, where the main workshops and support facilities are located. There are about 45 astronomers on staff, and there are also around 30 graduate students undertaking PhD studies at the school. 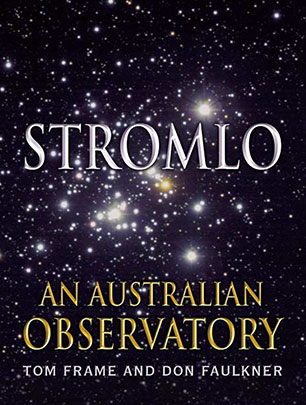 Tom Frame and Donald Faulkner present the history of Mt Stromlo Observatory from the original lobbying for an observatory by W.G. Duffield in 1905 to the firestorm of Jan 18, 2003 which destroyed the heritage-listed buildings and telescopes; published by Allen & Unwin. 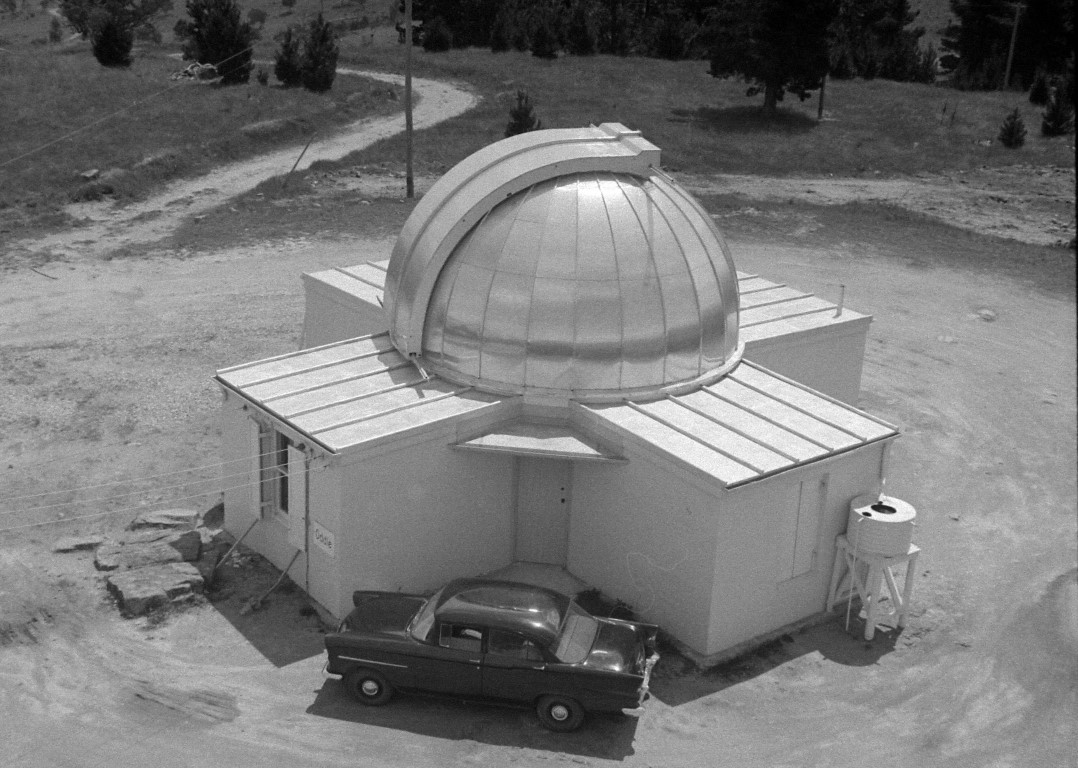 The Oddie telescope building was constructed in 1911, and was the first building on Mount Stromlo. 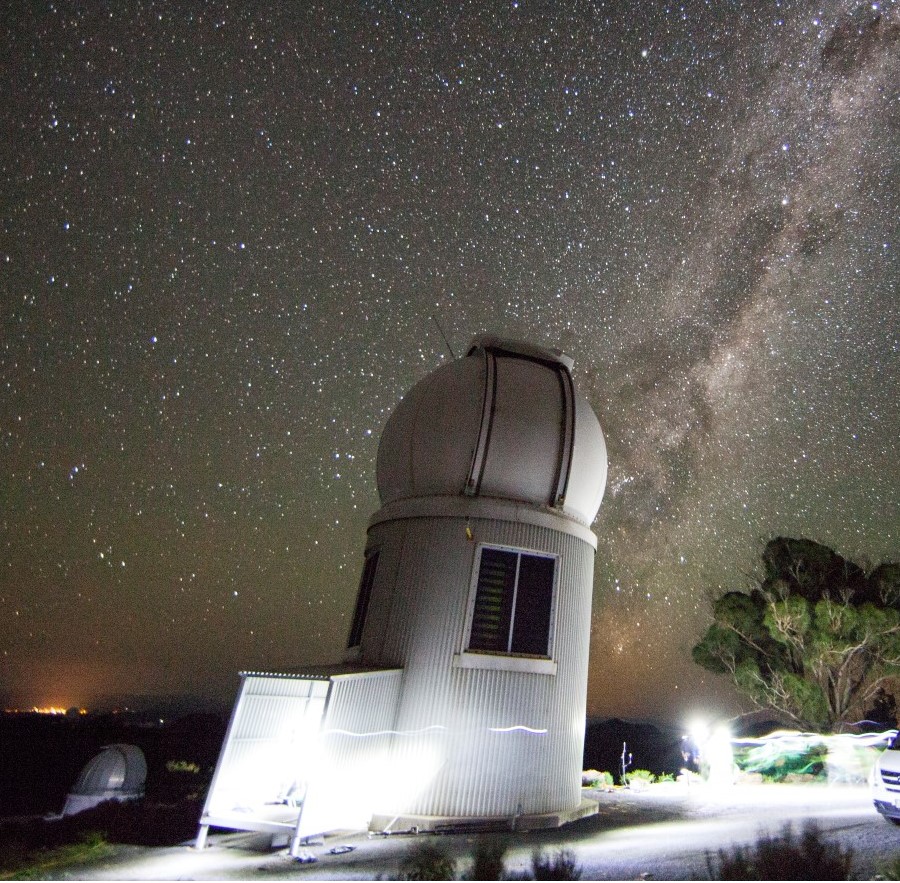