Born in England in 1906, Woolley’s family moved to South Africa when he was fifteen. There, he studied at the University of Cape Town and obtained a Master of Science at the age of nineteen. Following a study fellowship at California’s Mount Wilson Observatory, Woolley returned to England to complete his PhD at Cambridge. In 1933, he took the position of Chief Assistant at Greenwich Observatory. Woolley was just 33 years old when he accepted the Directorship of the Commonwealth Solar Observatory in 1939, yet he already had outstanding academic qualifications and leadership experience.

The Second World War broke out three months before Woolley arrived at Mount Stromlo. Recruited to the Optical Munitions Panel, he was charged with the design and manufacture of rangefinders, sights for anti-tank guns, and other optical devices. Woolley oversaw the transformation of Mt Stromlo from an Observatory to a Munitions Factory. Among the many new engineering and manufacturing staff, Woolley also recruited skilled workers from the ‘enemy alien’ internment camps. Kurt Gottlieb, a Jewish man who had escaped Nazi Germany in 1940, was one of the workers placed under Woolley’s personal custody for his engineering skills. During the war, Woolley served on the Army Inventions Directorate and also published a field guide for soldiers called Navigation by the Stars.

Following the war, Woolley was finally able to concentrate on changing the Observatory’s research objectives. Woolley’s vision to shift the Observatory from solar to stellar astronomy would have a lasting impact on Mount Stromlo. He administered the acquisition of four new telescopes, including the 74” Reflector – the equal largest telescope in the Southern Hemisphere. One of his most enduring legacies was his negotiation to transfer the Observatory to the Australian National University. Woolley resigned from the position of Director in 1955 to become Astronomer Royal of the United Kingdom until 1971. 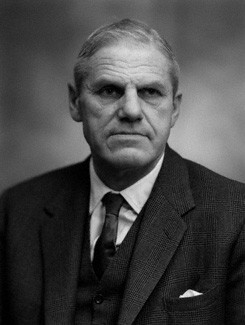